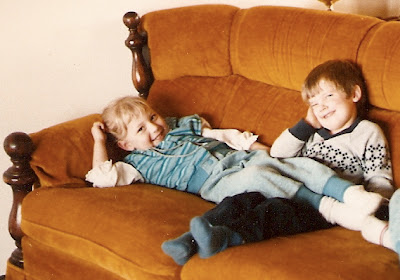 Wade was the reason I spent a week in the hospital when I was in grade 1.  His dad bred horses, so before we went out to play one day after school, our moms gave us strict instructions to stay out of the pen. Wade and I didn't listen.  And if you know Wade at all, you will agree with me that it was more than likely WADE who thought it was a good idea not to listen!  As we walked into the pen, I distinctly remember Wade telling me, "whatever happens, don't run.  It scares the horses."  I don't know how long we were in the pen, but one of the younger horses started walking towards us.  I can picture this so clearly.  Wade and I started walking toward the edge of the pen.  I remember hearing the horse getting closer to us, but I was afraid to look back at how close.  We began to speed walk.  The last thing I remember is Wade RUNNING the last few strides to the edge of the fence and diving underneath.  The horse brought it's hoof up and clipped me in the back of the head right behind my ear.  I came to in Wade's mom's arms and remember seeing my mom running into the house.  They rushed me to the hospital where they took an x-ray and found I had a skull fracture.  One of the worst parts of the whole ordeal was that I forgot to tell the nurse I didn't like onions (and everything I was served was filled with them).  I remember I missed going to my sister, Jes's, birthday party (and they went to the Care Bear movie), but I did get more presents in the hospital than she got for her birthday!

Wade and I have history.  That is just one of the stories we share.  Wade moved away in grade 10, but our friendship endured.  It doesn't matter the amount of time that goes by, we are friends forever.  In fact, at my wedding Wade told me that there were now four men in my life who would love me forever, my dad, my brother, Hugh and him.

When Wade was here, we talked about our families, the playoffs, and what was going on in our lives.  It's easy to talk to Wade.  It's okay if nothing gets said.  There are no awkward silences.  Somehow we got talking about music.  Wade was telling me about how he doesn't care what an artist intends a song to mean.  He listens to it and makes the song his own--like the songs are written just for him.  I am not like that.  In fact, sometimes I google a song for it's meaning and then get disappointed when it doesn't apply to me.

I have been much more aware of music since Tripp died.  For the first few weeks, I felt a longing to listen to the music I listened to in high school.  I wondered why this was at the time and I think it was because as hard as I thought my life was during high school, it was easy and I longed to get back to the days when I was carefree.

I have already talked about my connection to the Sugarland song, "Little Miss."  I didn't have to make this song my own, the lyrics I heard really did speak to me.  Since speaking with Wade, I have started to listen to music in a different way.  I have been trying to find my own connections to songs.  Two songs that move me the most are The Band Perry's If I Die Young and Kenny Chesney's Somewhere with You

It might seem obvious why I would have a connection to these songs (espeically the first), but I honestly didn't feel like they applied to me until I took Wade's advice and made them my own.  Both make me cry every time I hear them, but I can't stop listening.  They were written for me. 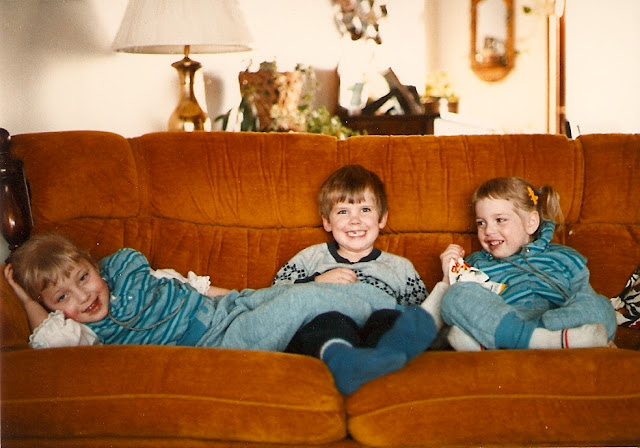