Showing posts from October, 2015
Show all

- October 27, 2015
Hugh woke up Saturday night puking. He spent all day Sunday on the couch and I spent all day worrying I was on the brink of being sick. Monday rolled around and Hugh began to feel human again. Unfortunately, that evening I began to feel my guts roll. Envisioning the night spent on the toilet, I curled up on the couch to enjoy a couple shows while I still could.

I woke up Monday morning shocked. I had slept through the night. I began thinking that maybe Hugh had gotten a flu the kids and I had already had. There have been a few times where everyone but him has been hit.  At 9:35 am that theory was blown out the window. I got a call from Calder's school. Calder had puked. I asked him if he did it in the bathroom and he said, "No, in my class." Ugh.

When I picked Calder up from the school he was surprisingly near 100%. He told me how he didn't even feel sick. He just puked. As we walked out of the school I glanced at his pants. Is that puke? Yep. It was. He puked sitti…
2 comments
Read more 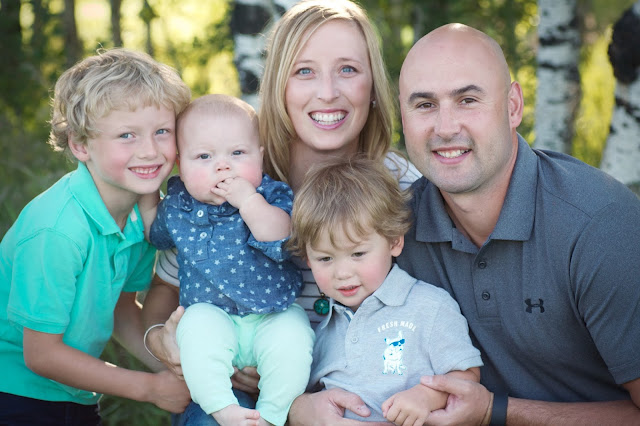 We were so lucky to have Deena come and shoot some photos of us at the end of August. Or was it the beginning of September? Obviously it was long enough ago that there were leaves still on the trees and there was some seriously nice lighting at 6 pm.

I truly value these pictures. I take lots of photos but never seem to get a collection like this even when I snap dozens. For me it is worth the money to have someone come in and take them. If my BFF wasn't available I would definitely be finding someone else to try and do the job Deena does. These photos seem to capture our family perfectly. The one above of the three kids is my favourite of the whole shoot.

This is a narrowed down collection of my favourites. My job this afternoon is to get Picassa working on my computer so that I can create a large collage for our living room wall.


I purchased school pictures of Calder for our immediate family this year, but really debated it. They are SO expensive. I think next year I am going t…
3 comments
Read more 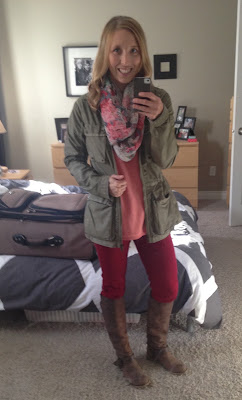 Things that make me happy:


Connecting over the phone. This is sort of a weird one for me, because I typically don't phone people and my introverted self occasionally even ignores the phone when it rings, but after having a good chat with someone I always feel elated. I need to figure out a way to make phone calls more a part of my routine. . . such an easy way to get a bit of a high.A good book. The problem with this one is that it typically will consume me. I will binge read it until it is finished. I won't do housework. I won't cook. I will even ignore my children. oops. I haven't read anything since the summer. Clearly this is for good reason. Coffee. Man, I love this drink. My acid reflux does not. I have found a product that reduces the acidity in the coffee that allows me to have the occasional cup. It has been a little piece of heaven on the occasional morning.My kids getting along. Don't the sounds of siblings who are working, sharing, and playing together s…
2 comments
Read more

He likes to pretend sleep all the time. Even did it at Costco last week. I felt seriously jealous. I wanted him to shop so I could crawl in the cart and actually sleep.

Calls his fingernails toenails. This caused some laughs before we realized his mistake. He would say, "I chew my toenails" and "dare toenail in my mouth". Chewing fingernails isn't all that appealing, but it is certainly a step up from toenails!

She is seriously motoring these days. The forward crawling has picked up speed and she has figured out how to get herself from crawling to sitting. This accomplishment has meant a much happier girl in our eyes. She doesn't get stuck places and can stop and play wherever she wants.

Lawson eats a lot and will eat just about anything. Some of the more interesting things she likes include salmon, souvlaki pork chops, lasagne, beets, a…
4 comments
Read more
More posts