Showing posts from April, 2016
Show all

I have heard people speak about how strong his mom has been. I feel no doubt in the truth of this. I have thought over and over about the strength this mama is portraying. So much so that I felt the need to reread this post from 5 years ago. It is one of my favorites.

The first time I began thinking about being strong was right after Tripp's funeral.  We were standing around and people were coming by to pay us their respects.  Over and over, people were saying, "you are so strong".  My immediate thought was no, I'm not.  No, I'm not. NO I'M NOT.In the next few weeks, I got more emails, cards, and words about how strong I was.  I felt uncomfortable with it.  It would be one thing for someone to compliment me on having a good ball game, or being a good teacher.   I believe those things, so I am flattered when someone says them to me and feel at …
6 comments
Read more

- April 20, 2016
Lawson, Boone and I went to the park on the weekend when Calder was at hockey on Saturday. As we approached I told Boone I was going to go sit on Tripp's bench. Boone had already snuggled up to a boy along the creek and was trying to make small talk. As I was crossing the bridge to sit down I heard Boone say to the boy "Tripp dead." The boy looked at him and blankly stared. Boone recognized the boy didn't understand so clarified by saying, "Tripp dead. He with Kevin."

The boy didn't respond and began making his way to the bridge. Boone followed. They were examining the creek edge and Boone questioned, "What that?" The boy looked and replied, "A spider." To which Boone responded, "The Walking Dead?"

Seriously. I just about lost it.
* * * I have been having a hard couple weeks. Lots of crying over Tripp and just feeling out of sorts. Today I was scrolling back through some older posts looking for a particular one. I stumbled …
4 comments
Read more

Tripp and The Walking Dead

- April 12, 2016
This morning Boone and I started talking about his brothers as I got Lawson dressed.

Boone: Where is Tripp?

Jordan: Tripp died and he lives in heaven now.

At this point Boone's face started to turn. He was confused and then that quickly changed to sadness. His mouth turned down and his lip started to quiver. It occurred to me for the first time. I think Boone just figured Tripp out. We have a stuffed bear that was given to Tripp when he was born. Boone has adopted it and we call it simply, Tripp's bear. Boone often gets confused when we talk about Tripp and mentions "Tripp's bear". We celebrated Tripp's birthday, but I never saw the flash of understanding like I got this morning.

As I started tearing up along side Boone, I wondered if he was playing off of me. He was sad. I got sad. He got sadder. I gave him a soft smile and he drifted out of his sadness. He ask…
5 comments
Read more 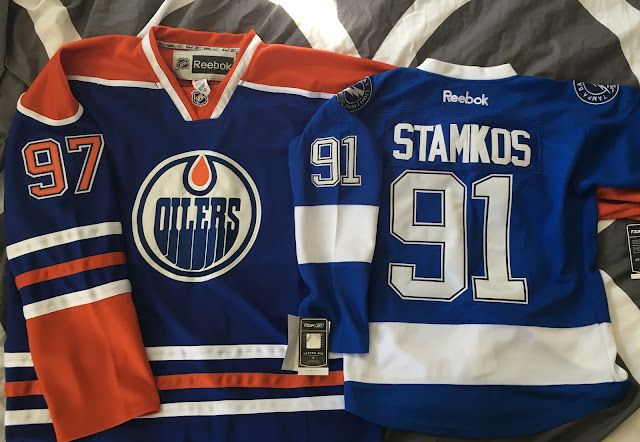 You might be wondering what Ali Express is all about from my last post. It is an online shop out of China. They have knock off items and relatively cheap merchandise. It typically takes about a month for things to arrive, but I have never had to pay shipping and there is no minimum purchase. Last week I needed a tool to take a link out of a watch. I ordered it on its own and it was $2. None of that jewelry I posted cost more than $10.

I have bought so MANY things from them. Toques, pjs for the boys, wind-up flash lights, and I have seen lots of the items that were in the kids' stocking there as well! Two of my favorite items from there are the hockey jerseys I bought. Hugh is donating the McDavid jersey to a fundraiser and we got the Stamkos one for Calder for his birthday. They both look authentic. It might be hard to tell, but they are NOT screen printed. They also have Reebok tags on them. Like I said, they look authentic! Oh, and the price?  $30. I want a Jays'…
4 comments
Read more 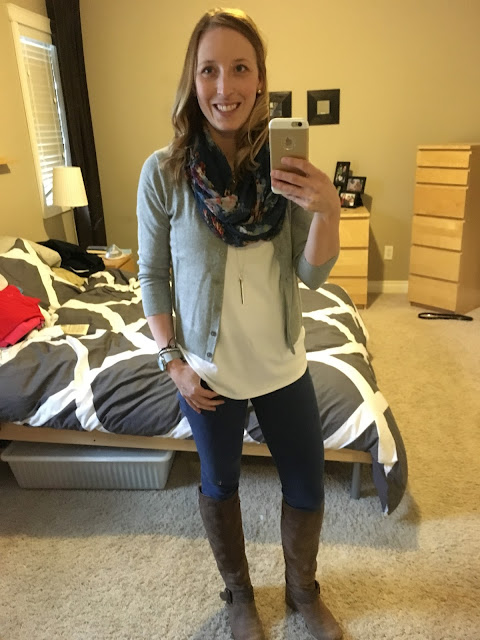 I wore this about 3 weeks ago out on a date with Hugh and another couple. It was still too cold for me to think of wearing anything other than boots. The pants are from the Gap and are fairly high waisted, which I love. The sweater is from the Gap Outlet ($17) and the white tee is from Costco. I got the scarf in the fall and can't remember where from. Watch and necklace are from Ali Express.
Parent Teacher Interviews started on St. Patrick's Day. At my new school they start at 4:30 pm, so unable to come home and change I had to get creative with my outfit. Jeans (Gap), Shirt (Ricki's) and Shoes (Nine West) are old. I recently got the navy blazer at Winners and the necklace is Ali Express. I LOVED this outfit and will definitely be recreating it this spring.
Parent Teacher Interview #2. Pants (Vero Moda), Blazer (The Bay), Shoes (Franco Sarto) are old. Button up or down? is from the Gap and necklace is Ali Express. This is an outfit I put together to join The Blended Blog…
12 comments
Read more 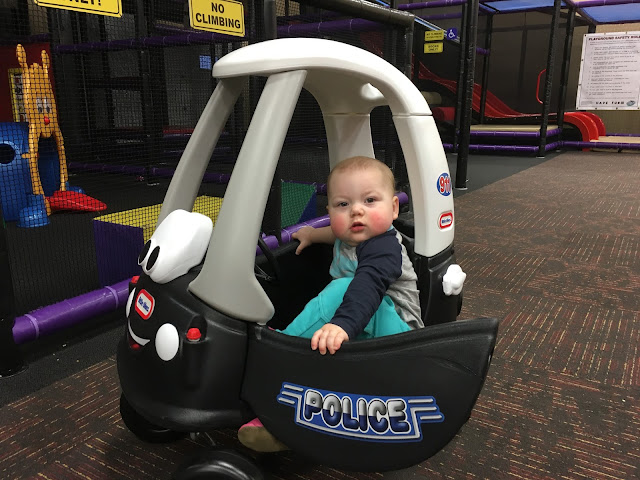 Lawson is talking!  She started right around March 19 (a little over 13 months). Much to my sadness her first word was not "Mama" it was "Nana" (banana). She mastered banana and two days later, much to my pleasure, she started saying "Mama". She now also says, "Dada" and I think might be saying Boone when asked to say it. (It sounds like "Boo".) Hugh and I are in shock as neither of the boys started saying words before 15 months.

Our girl is also starting to follow simple directions like "Come here." or "Can I have a kiss?"  When asked for a kiss she sometimes will smack her lips and plant one on you, but typically she just leans in to you presenting her forehead or cheek for you to kiss!  Lawson also likes to help clean up when it is time and will happily applaud herself after she puts a toy in the toy box. Lawson will wave goodbye and blow kisses. . . when she feels like it. If you ask her "How big is Lawson?…
3 comments
Read more
More posts