- November 01, 2011
Calder's buddy, Dylan and his dad, Chris met us for some Trick-or-Treating on Monday night. Calder was so pumped to see Dylan that in the morning when I pulled him out of his crib and wished him a happy halloween he immediately quipped, "Dylan here yet?"

Hugh's partner in crime at work (the Principal:-) ordered 2 angry bird costumes for her and Hugh to wear at work on Monday. Hugh was so pumped about them he brought them home to get a bit more wear out of them. Chris was more than happy to join in! 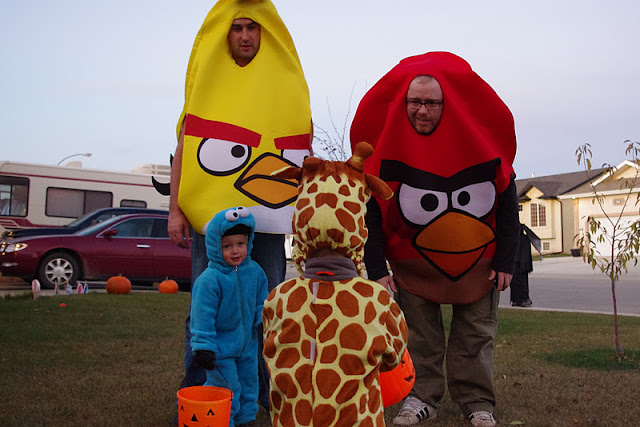 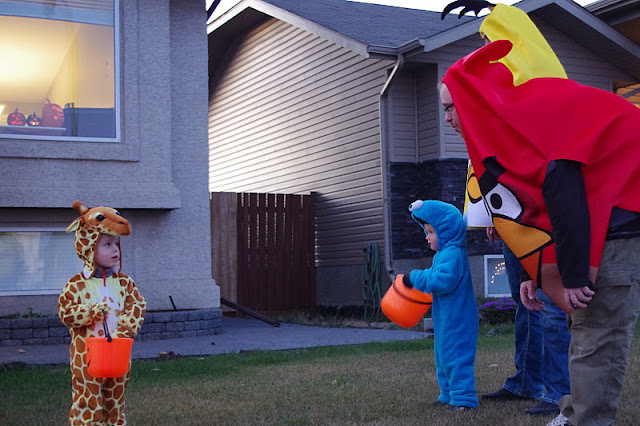 These were the best group shots I could get of the boys. Dylan was afraid of the angry birds. 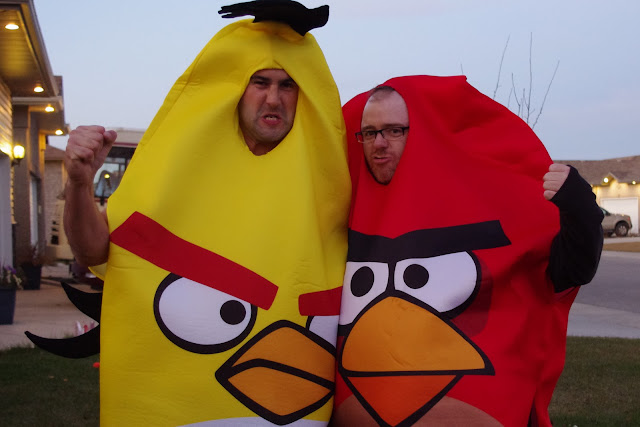 I don't blame him. 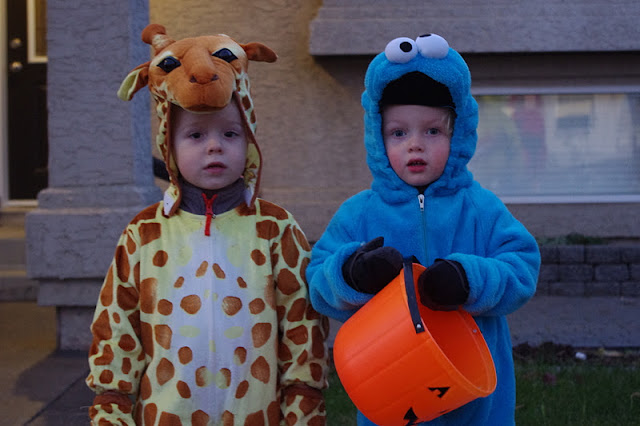 I think the boys had a great time. Apparently after every house Calder and Dylan were tackling each other and giggling as they wrestled on the sidewalk. Hugh and Chris thought it was hilarious. I got a taste of the wrestling it while Calder and Dylan were in the basement wearing off a bit of energy. I might be in a bit of trouble from Kerri (Dylan's mom). I probably should have stopped the wrestling, but it was SO funny! Please forgive me Kerri;-)

If you are bored at work, home feel free to check out last year's halloween adventure.