- October 03, 2011
On Friday, Hugh and I were both out of our schools. Hugh was at meetings and I was at a workshop. Because of this, Hugh and I felt like we had some energy left when we got home from work. Hugh suggested we take in the Blades game, so we at and headed to the rink.

Calder wanted to buy skates before we went to the rink. He thought he was going to get to play! Calder settled on wearing a hockey jersey, instead. Grandpa Hamilton was in Spokane this spring and got Calder a jersey with "Hamilton" and "3" on the back - Just like Daddy used to wear! 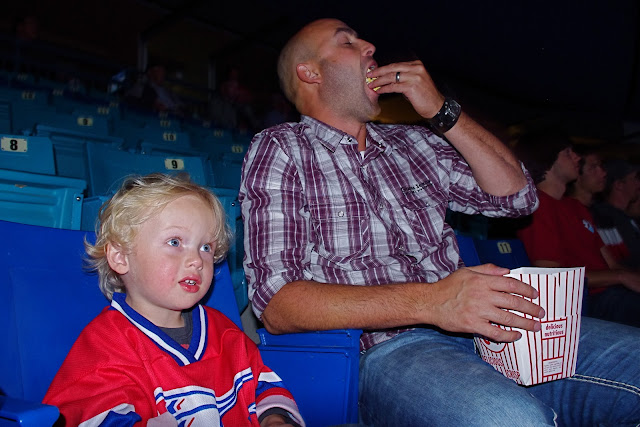 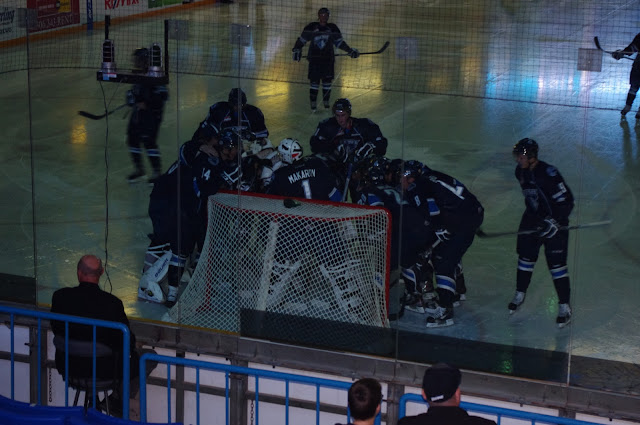 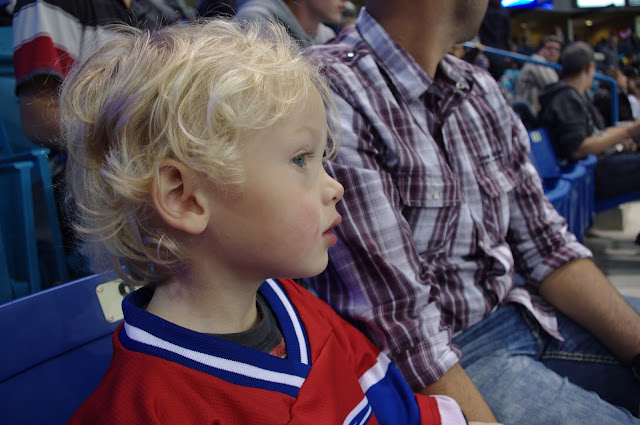 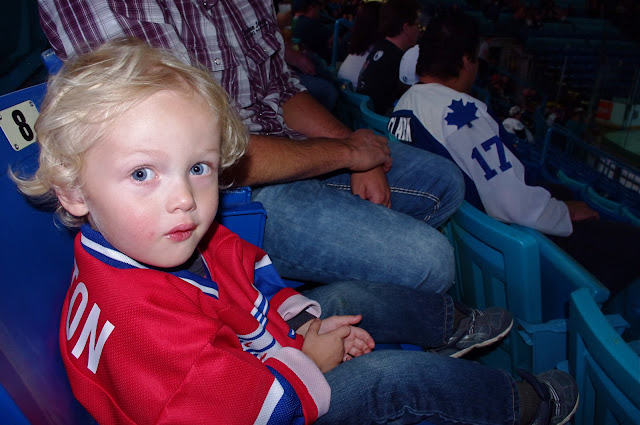 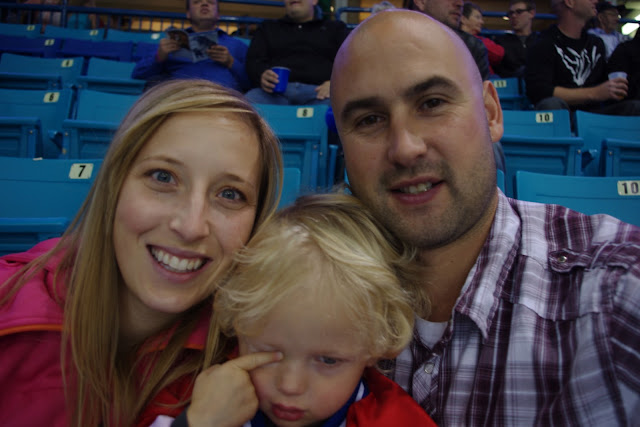 Calder was asking to go home after the first period. I was ready to agree with him. Between Calder kicking the seat in front of him, trying to climb over the seats and throwing the lid to the juice bottle, I had almost had enough! His tiredness sunk in for the second and Calder spent the entire period curled up on our laps. He got to see 3 goals and a fight. Not too bad for his first WHL game!