- November 10, 2014
A couple of weeks ago, Hugh took Boone to my parents for the weekend. He had some farming to do and Calder had hockey, so we split up for the weekend. Calder and I had a great weekend together. Only having him made it super relaxing and easy. We planned some fun activities and took care of the grocery shopping. After Calder's hockey on Sunday we headed to our favorite fast food restaurant, McDonalds! 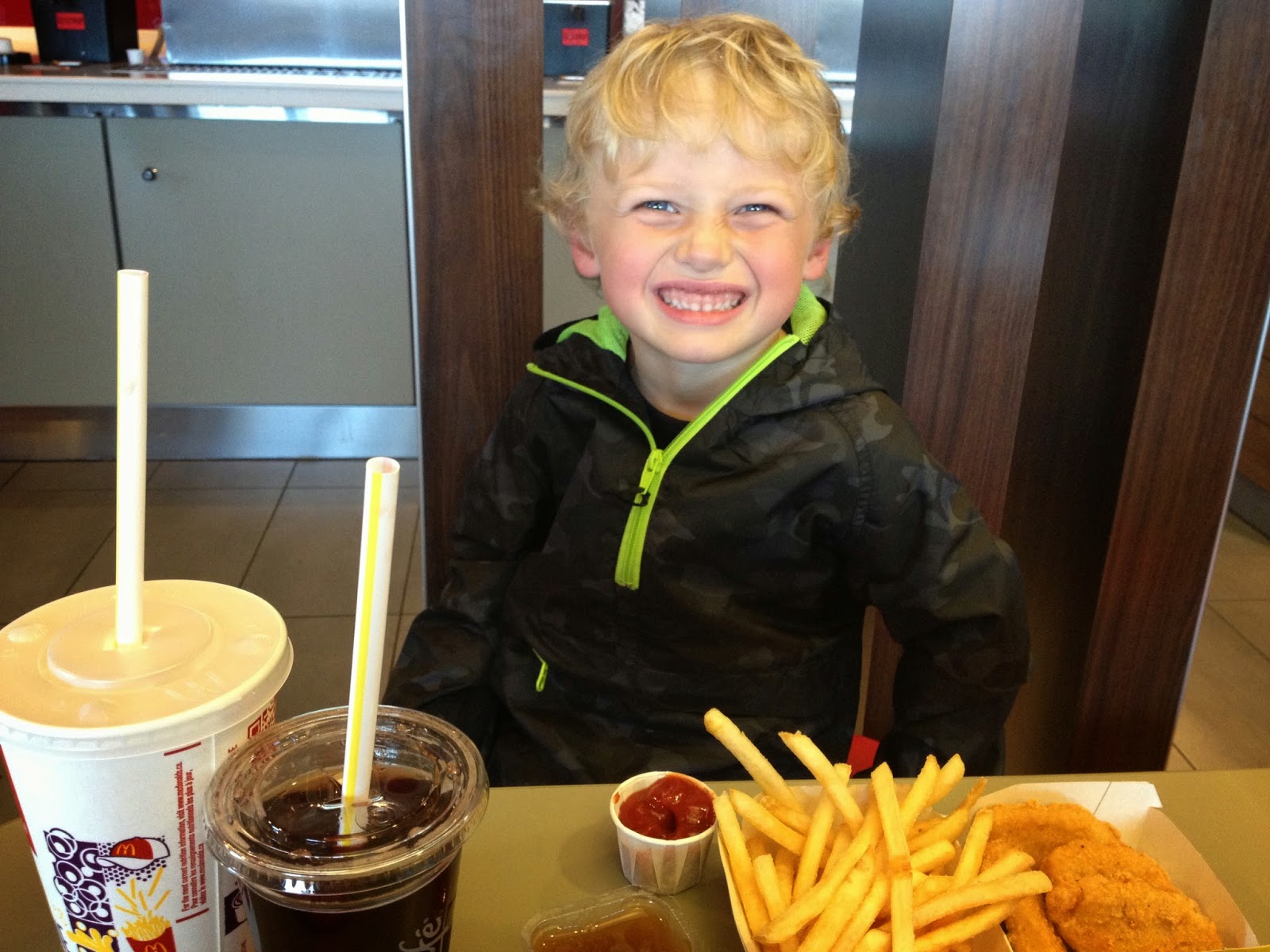 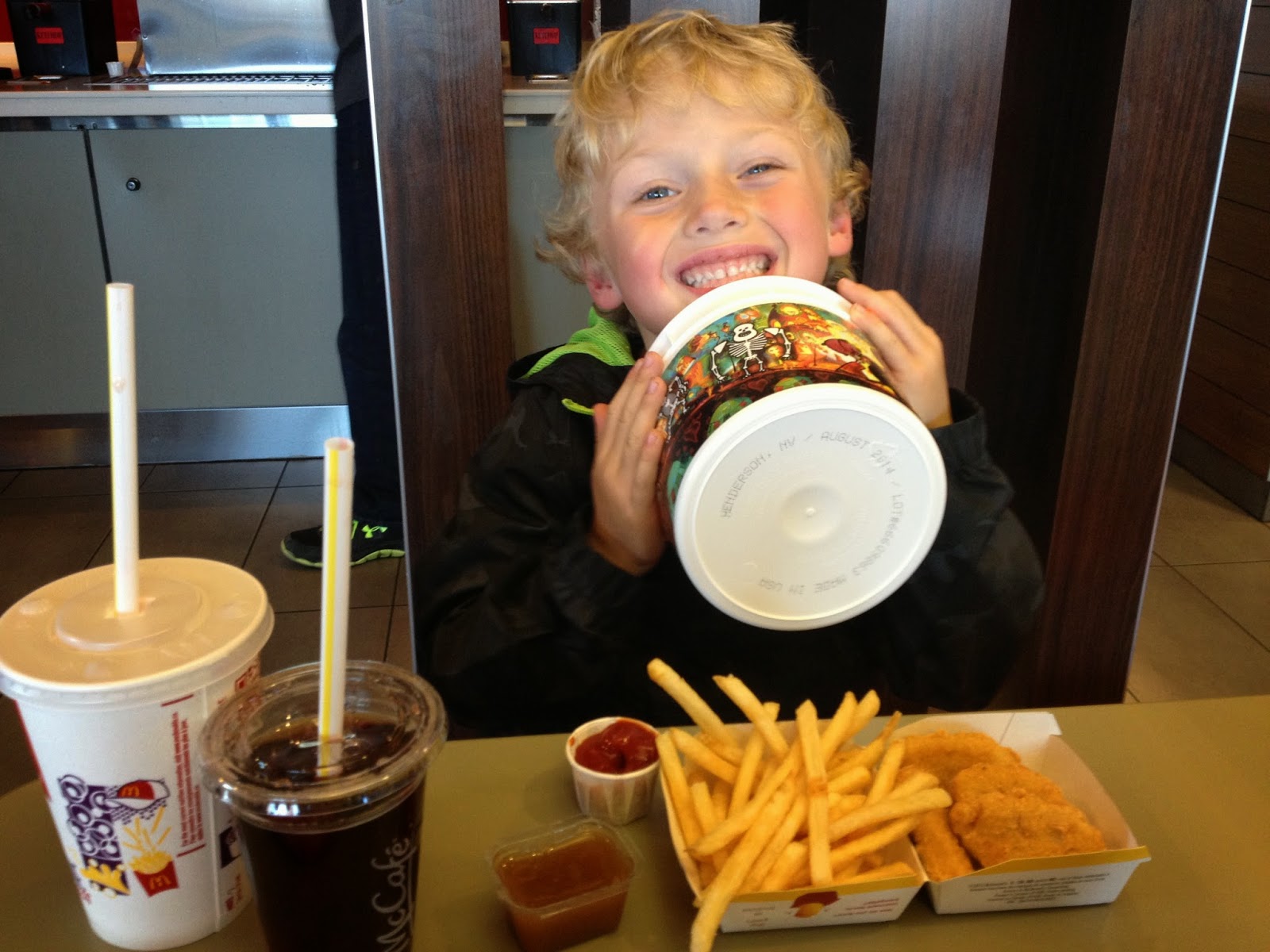 Even though Calder looks happy here, he was a bit disappointed that the "toy" in the happy meal was a Halloween bucket. He got a Pokemon card the previous time and has subsequently became obsessed with Pokemon. In fact, that weekend he got to pick out a toy when we were at Target and picked a deck of Pokemon cards. Calder had played the card game with his buddy, Willis, this summer and really enjoyed it. I actually figured it was the perfect toy to pick, because it would give us something to do together on Sunday that wasn't racing or crashing cars. Boy, was I wrong. I tried to read the instructions on how to play and got to the point where I wanted to burn the entire fold out instruction sheet along with every card. It was so confusing. For those of you who know nothing about Pokemon, the card game is a fantasy game. You battle other Pokemon and the Pokemon you use can evolve to other Pokemon. It is no Crazy Eights, or Go Fish. I ended up watching 3 online videos on how to play and still didn't have my mind wrapped around it. There are 3 more videos online that I still have to watch before I attempt to teach Calder. . . It is either that or I am going to have to plan a date with Dan (Willis' dad and Deena's husband) so he can teach me!

How about Calder's hair?!?  He was tired of having to brush it in the morning and wanted it short. It looks pretty good here, but these were taken right after hockey. Typically he has this curl right at the crown of his head that stands right up. It looks he has a bit like an elderly lady do. Please don't take offense if you are an elderly lady reading this. Elderly lady do's look great on elderly ladies. We're just not too keen on them on our 5 year old son! I think Calder likes it short, but Hugh and I agree that he will likely need to have it a tad bit longer at least so that curl is weighed down! 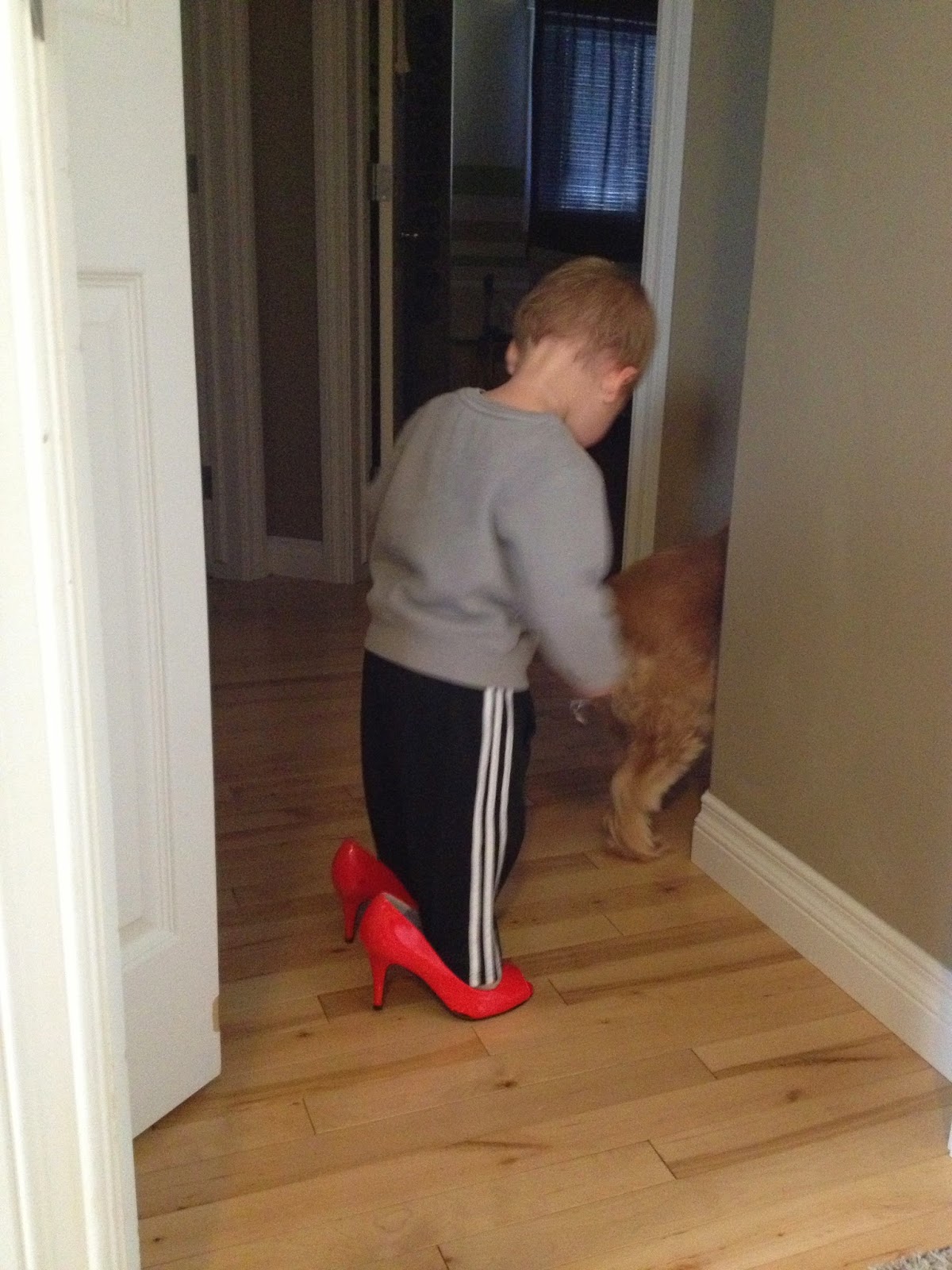 I couldn't resist one of Boone. He LOVES wearing my heels and will pull them out of my closet multiple times a week (or multiple times a day) and traipse around our house. He does a very good job of pulling out matching pairs. Apparently, he likes looking stylish as much as I do!

Have a great Monday!