Showing posts from October, 2010
Show all

The Park, Slippers, and Nursery Rhymes 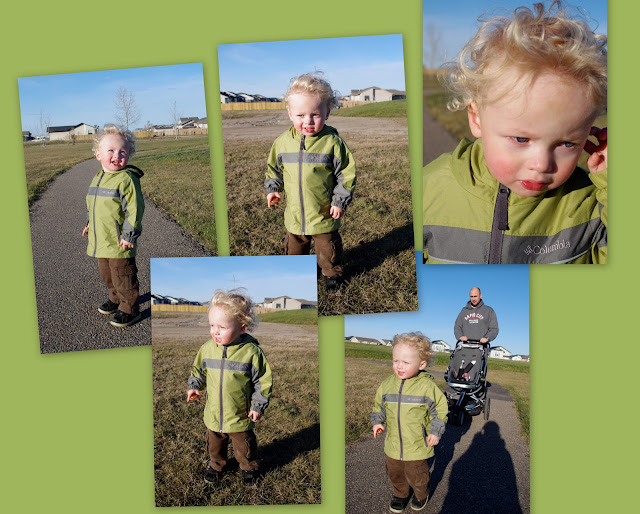 Calder loves it outside.  It doesn't matter how grumpy he is inside, once we get into the fresh air, he is happy.  We love happy Calder!  He especially loves the park and has recently decided he is big enough to walk there.  You will notice Hugh has the stroller.  Calder will NOT leave the park on his own free will.  It doesn't matter if we are there for 15 minutes or an hour.  When it is time to go, there is usually a sceaming boy and a fight to strap him into the stroller.  If we don't have the stroller, we have to carry him.  This is increasingly difficult as he gains more and more weight. Not to mention the fact that he will kick and scream the entire way home!


At the park he will spend time on the swings.  Calder loves when Hugh makes noises as he pushes him.

Hugh has taught Calder how to fire his cars down the slide.  This started in the backyard during the summer and now consists of picking a car out of his toy box before we leave the house.  This special car gets to…
2 comments
Read more

Back to High School for the Weekend

- October 18, 2010
I took the Sr. Girls Volleyball team to Okotoks this past Thursday through Saturday.  We had a great trip.  We placed 3rd in the tournament and played terrific.  The girls also did some great bonding with each other and scouted some pretty hot boys (which I am sure was the highlight of the trip).

If you want to know who's with who at my school, or who the hot boys are, you can just ask me.  I am now on the up-and-up with all the gossip.  Fourteen hours in a vehicle with 5 grade 10 and 11 girls was all it took!

Now, off to bed, as I am still recovering.
1 comment
Read more 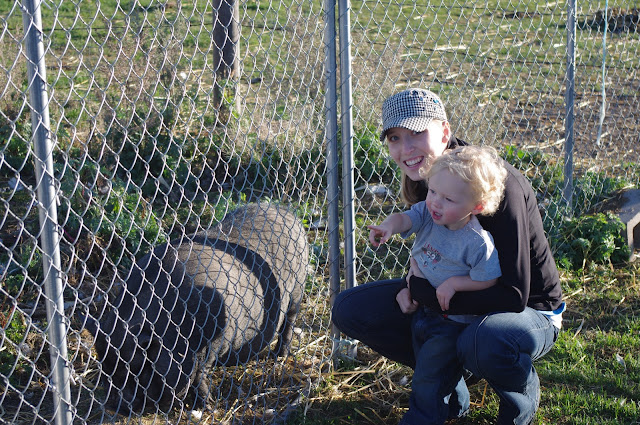 On Saturday, Hugh, Calder, and I headed out to the Corn Maze at Rosthern.

The picture below took a significant amount of work to get organized.  The four month pregnant lady had to scale the bale.  This was by far the easy part of the work.  The hard part, surprisingly, was getting Calder up.

Hugh.  Six foot two inch Hugh, should have been able to hoist Calder up with no effort.  But for some reason, he decided he should put Calder on the bale 10 feet to my right.  I had to let him know that we couldn't let Calder "fend for himself" on a bale.   With Hugh's arms extended and Calder in them, Hugh began shimmying along the edge of the bale toward me.  According to Hugh's account later, he then tripped on a piece of wood and then followed that with slipping on it.  This lead him to a slow motion fall along the edge of the bale to his back on the ground, all the while with arms extended and Calder in them.

I meanwhile, had the best view at the farm!  I looked aroun…
2 comments
Read more

- October 03, 2010
1.  Jumping.  Well, he is attempting to jump.  Mostly he is just squatting down and extending his legs really quickly, without his feet leaving the floor.

2.  Making train and semi horn noises.  The honking noise is a tad bit high pitched for a semi horn, but he does the arm pump to go with it, so there is no mistaking it.

3.  Trying to say please when he signs it.  He is have a bit of trouble connecting the "s" sounds to words.  We get a lot of pointing and the word "emi" when we are driving!

4.  Crashing cars into one another, head on.  He loves this and I am proud to say I taught him how!

5.  Passing gas on the toilet. LOL.  He won't go, but he will grunt out a couple of farts!

6.  Kicking a ball.  He has only wiped doing this a couple of times.
Post a Comment
Read more
More posts